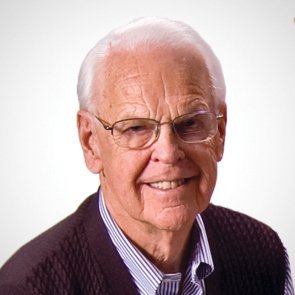 FRANK GARLOCK is a recognized authority in church music. His formal education includes doctoral studies at the Eastman School of Music in theory, conducting, and trombone performance. The recipient of numerous national awards and honorary doctoral degrees from three universities, he also holds the Master of Music degree from Eastman and Bachelor of Arts degree from Bob Jones University. Conducting teachers include Herman Genhardt at Eastman, and post-graduate studies with Robert Shaw and Seiji Ozawa.

A true Renaissance man, Dr. Garlock served as Chair of the Theory Department at BJU; Founder/Director of the Master of Church Music program at Pensacola Christian College for 18 years; Minister of Music at Southside Baptist Church in Greenville, South Carolina for 27 years where he developed a nationally-acclaimed music program featuring his renowned 100-voice choir and congregational choirs of 2,500; founded his own publishing firm, Majesty Music, Inc. (formerly Musical Ministries); conducted music seminars in churches worldwide for 40 years; and authored many books, articles and pamphlets. His spiritually consistent musical influence spans over 60 years resulting in a wealth of wisdom, experience, and keen insight. Musical family and friends continue his legacy through the ministries of Majesty Music, Patch the Pirate and Majesty Music Academy.

As ordained minister, speaker and author, Rev. Frank Garlock continues to shed Scriptural light on the music issues facing Christians today. As a performer, he has maintained professional prowess in trombone and vocal performance. As a conductor appearing in over 50 countries, Dr. Garlock has directed operas, church and festival choirs, and oratorios—many from memory. As a composer, he and his wife, pianist Flora Jean, have produced, composed and arranged innumerable church cantatas, recordings, and songs—culminating in the release of their own hymnal, Majesty Hymns, a beloved staple in thousands of church pews across the world today. As a pedagogue, Dr. Garlock sets a godly example of excellence, inspiring and empowering his students to found ministries of their own; further their training through private studies and the pursuit of advanced degrees; and carry the Gospel torch for classically-based Christian music worldwide.