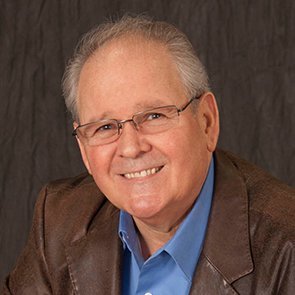 RAY GIBBS received his first degree in Voice Performance at San Diego State University and then earned a Master of Music in Opera Theater at Manhattan School of Music in New York City. Rapidly climbing the ladder of success early in his life, he made his debut with the New York City Opera Company before he was out of graduate school. He joined the Metropolitan Opera as the youngest baritone on the roster of that company, then three years later made a triumphal debut as a tenor in the role of Romeo (Gounod’s Romeo and Juliette). He has been heard in a number of leading roles at the Metropolitan Opera, including the role of Rinuccio in a new production of Gianni Schicchi opposite Renata Scotto, Pelleas in Pelleas et Melisande with Teresa Stratas and Jerome Hines, Nicias in Thais with Beverly Sills, and a nationally televised production of the Met’s Otello with Jon Vickers and Renata Scotto in which he sang Cassio, a role he repeated with TeKanawa and Domingo. Mr. Gibbs has also been heard as der Mahler in the Met’s premiere production of Lulu and as the Chevelier in the new production of Dialogue of the Carmelites with Regine Crespin and Jerome Hines.

His first Cavaradossi in Tosca was with the Florentine Opera opposite Joanna Meier and Justino Diaz. He sang the leading tenor role in the english language premiere of Resurrection by Franco Alfano in Cincinnati. He found acclaim in Europe as well, having sung leading tenor roles with the Glyndbourne Opera, the Munich State Opera, and the Frankfurt Opera. He has distinguished himself in concert and oratorio with performances with the Philadelphia Orchestra and the National Symphony Orchestra among others. He served as Distinguished Professor of Voice at Memphis State University. He served 18 years as Artist in Residence at Pensacola Christian College and continued a Christian Concert schedule with his wife Ann. He is renewing his singing ministry in churches throughout America with his wife, Ann and now his daughter, Christina, and continiues teaching voice.