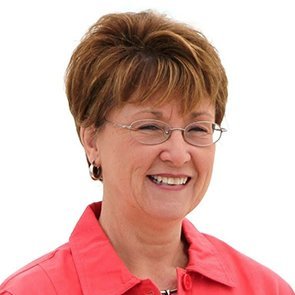 A native of Georgia, ANN PERKINS GIBBS, received her Bachelor of Music degree from Wesleyan College, Macon, Georgia in 1972.  In 1971, as a junior in college, she won first place in the National Music Teacher’s Association contest in Chicago, Illinois. Also that year Ann sang for Metropolitan Opera soprano, Mrs. Judith Raskin and after graduation from college she was invited to New York to study voice with Mrs. Raskin.  Ann studied in New York for two years before beginning her Master of Music degree from the University of New Mexico.  She completed her Master of Music degree in 1976.  While in New Mexico she performed in  university operas and with the Albuquerque and Santa Fe Symphony Orchestras.  She also performed with jazz composer, Mr. Dave Brubeck in Mr. Brubeck’s “Fiesta de la Posada” in Albuquerque and also in Washington, DC. Mrs. Gibbs was a regional winner of Metropolitan Opera auditions in Memphis, Tennessee.

In 1978, Ann made her Professional Operatic Debut with the Opera Theater of St. Louis as Emmie in Benjamin Britten’s “Albert Herring”, a production which was subsequently telecast by NET/BBC throughout England and the United States.  She has sung leading roles with the Houston Grand Opera, Albuquerque Opera, Baltimore Opera, Opera Theater of St. Louis, and The Santa Fe Opera.  She had the opportunity to sing as an apprentice in the Santa Fe Opera for three summers.  She was named “Outstanding Apprentice” in her first year with the Santa Fe Opera. It was in her second year as in Santa Fe when she was introduced to Metropolitan Opera tenor, Ray Gibbs, who later became her husband, and with whom she has sung the roles of Micaela in Carmen at the Albuquerque Opera Theater and Constance in The Dialogues of the Carmelites at the Baltimore Opera.

Ann was saved in 1962 in a revival service in her home church in Glennville, Georgia, but because of a life long battle with Rheumatoid Arthritis, she became bitter and angry and she was away from The Lord for many years.  When she met Ray and they moved to Memphis, Tennessee to teach at the University of Memphis, she became reacquainted with a childhood friend who is a pastor’s wife in Memphis.  The Gibbs began to attend their church and in time Ann rededicated her life and Ray was saved in 1980.  In 1982 the Lord took them out of opera and put them into a traveling ministry, singing and striving to bring glory to God. From 1983-1991 they sang in churches all over America and in some foreign countries, giving their testimonies of how The Lord has worked in their lives.    In September 1991 Ray and Ann began serving on the voice faculty at  Pensacola Christian College.  They taught there for 18 years. Now they have retired from college teaching and have returned to traveling and singing for The Lord. More recently, Ann has been asked to speak at numerous Ladies events. They have one daughter, Christina, who is presently earning her nursing degree at PCC.